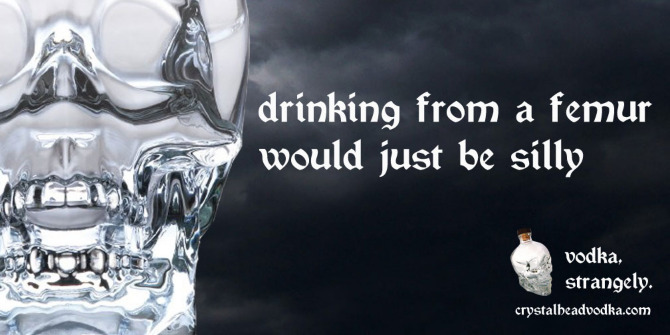 Highest quality peaches and cream corn is distilled four times into a neutral grain spirit and blended with pristine water from Newfoundland,  Canada. The liquid is then filtered seven times, of which three are through layers of semi-precious crystals known as Herkimer diamonds.

THE CRYSTAL HEAD BOTTLE WAS DESIGNED WITH A PURE SPIRIT IN MIND.

Dan Aykroyd and John Alexander wanted to craft a vessel worthy of one of the world’s purest vodkas. A symbol of life, reflecting power and enlightenment, to hold their award-winning white spirit of super natural purity.

Crystal Head contains no additives. No glycerol, citrus oils or sugars. Nothing is added to enhance or mask the taste.

NOTHING BUT PURE SPIRIT. 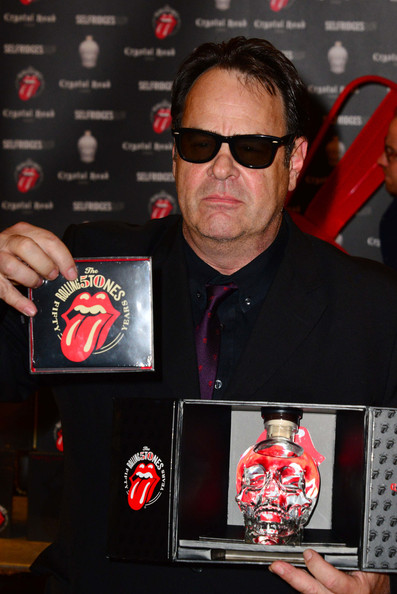 “It is a huge honor and recognition of our high-quality product to have Crystal Head designated as the officially authorized vodka for the Rolling Stones 50th Anniversary Worldwide celebration,” Aykroyd exclaimed.

“The Rolling Stones and Crystal Head Vodka are two iconic brands and we’re thrilled to be partnering with both in this, the Stones’ 50th year,” commented Lennox. “The Stones are the greatest rock ’n’ roll band of all-time and Crystal Head Vodka a leader in the spirit world with the synergies between the two brands endless. We are excited to be working alongside Dan and his creative teams to bring this wonderful partnership to the fans.”

Crystal Head honoring the Stones in this way makes perfect sense: The Stones make great music with passion and creativity—and Crystal Head makes great vodka the same way. In 1989 the Stones were named to the Rock and Roll Hall of Fame—and in 2013 Crystal Head was named Gold Medalist for Excellent Taste at the PRODEXPO Exhibition, in Moscow, Russia. As Aykroyd said on hearing the news of the award, “If Russians do not know their vodka, who does?!”

Vodka done strangely? Where else but Paris Texas, try it today neat or with a little ice and lemon twist, or for a real treat in a vodka martini!

Posted in Drinks of the week